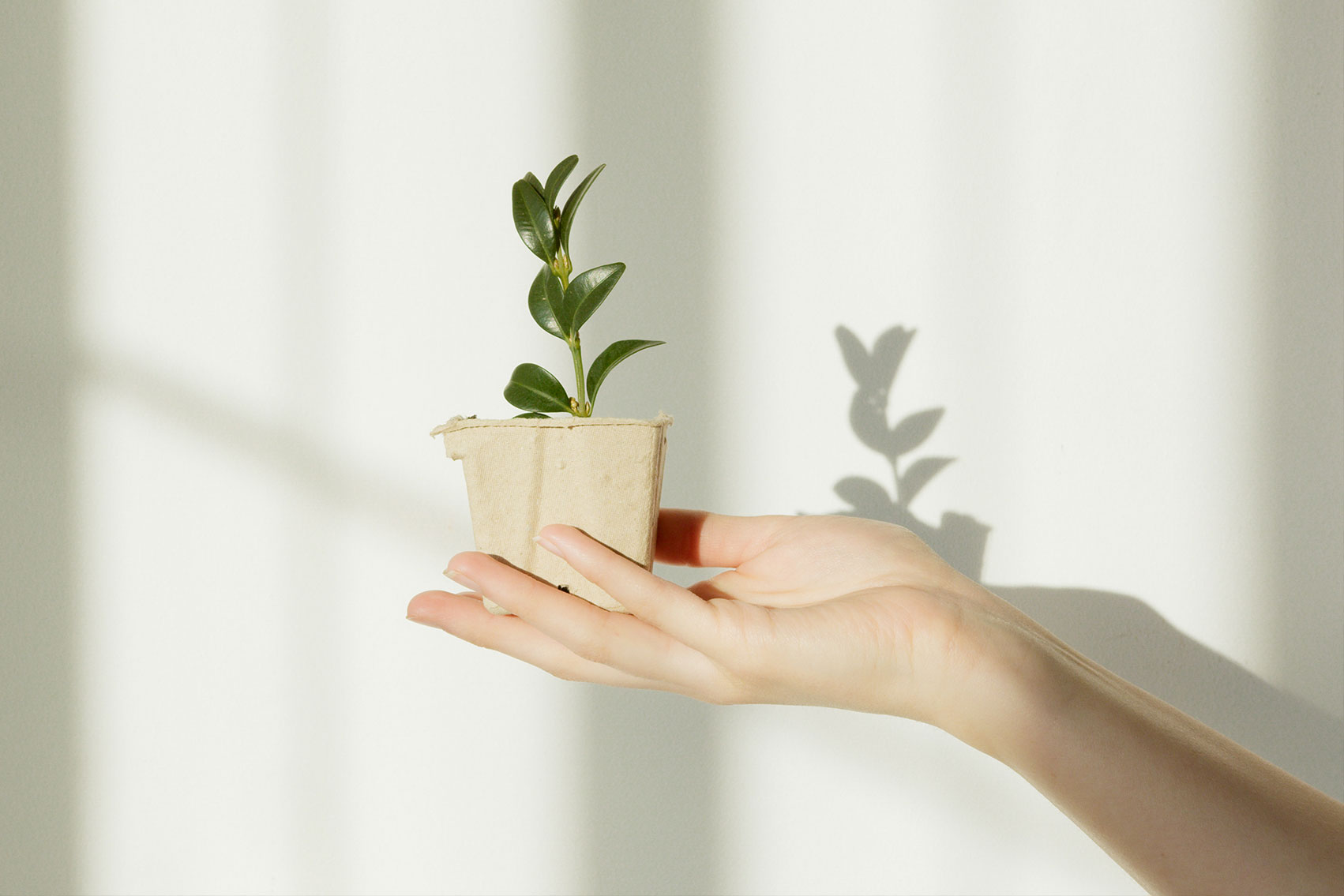 We know, there are many difficult and confusing terms in sustainability and carbon accounting.

So we created a glossary for you with explanations for the most important terms you should know.

Carbon accounting, also greenhouse gas accounting, describes the process where an entity measures, evaluates and tracks their overall quantity of produced greenhouse gases, whether directly or indirectly. This offers a foundation for understanding and controlling their impacts on climate change and can help to establish emission-reduction targets.

Carbon emissions, also CO2 emissions, specifically refer to the emission of carbon dioxide (CO2). It is one of the most common GHG and absorbs radiation, which prevents heat from escaping our atmosphere, thereby contributing to increased global temperature averages - causing a greenhouse effect that disrupts the stability of our climate.

Carbon footprint is the total amount of carbon dioxide generated as a result of the activities of a person, company, or organisation in a given time frame. Usually aggregated on an annual basis, calculations typically include other GHG emissions as well.

Corporate sustainability describes a strategy whereby business activities are, or will become, environmentally sustainable parallel to their economic growth.

Green hushing describes the phenomenon that companies increasingly don't plan on publicising their, even ambitious, carbon reduction targets, because they are too afraid to be accused of greenwashing and the implications and damages it could have to their business.

Any false or misleading information around sustainability efforts and progress is described as greenwashing. Unintentional greenwashing is usually related to insufficient accounting methods in the calculation of scope 3 emissions, or in offsetting efforts. Nonetheless, greenwashing is not a desirable practice.

Net zero describes a state where the amount of GHG emissions that are emitted into the atmosphere are balanced out by the removal of the same amount of GHG emissions from our atmosphere. Hence, the levels of GHGs in a net zero state are more or less constant. Net zero states pertain to individuals, organisations, cities, regions, countries, and, of course, the entire planet.

All actions taken toward reaching a net zero state is described as the net zero journey. The first step usually involves measuring the amount of GHG emissions released, in order to take decisions on how to reduce and eventually offset the emissions produced.

In carbon accounting, activity data describes the source of information underlying the calculation. It accounts for the actual usage of a specific unit. For example, when calculating the emissions associated with electricity usage, kWh is the activity-based input. Other examples include liters of a specific fuel, kilograms of raw material, etc.

Carbon dioxide equivalents (Co2e) is a unit of measurement for comparing greenhouse gases. It measures the amount of carbon dioxide needed to cause the equivalent climate effect (global-warming potential). 1kg of methane (CH4), for example, has 25 times more global warming potential than 1 kg of CO2 - which means that 1 kg CH4 equals 25 kg CO2e.

Carbon negative refers to the state in which a person, company, or organisation offsets, or removes, more GHG emissions from the atmosphere than they emit.

Carbon neutrality means that a person, company, or organisation counterbalances the amount of GHG emissions they emit with removing the equivalent amount of carbon by other means and efforts.

Compared to their baseline, carbon reduction refers to the decrease of GHG emissions generated by direct action of an organisation, person or company.

Carbon removal, also known as carbon offsetting, refers to the process of removing CO2 from our atmosphere and storing it for long time periods in new places, where it won't contribute to climate change. Examples could be reforestation, storing more carbon in our soil or also ocean-based methods.

Also known as scope 1, direct emissions are directly related to the business activities of the reporting company. It includes manufacturing, operating a company fleet, facilities, etc.

As a part of scope 3, downstream emissions refer to the GHGs released into the atmosphere after the reporting company has sold its product or services - including emissions associated to use and disposal of the product/service.

An emission factor (EF) is a metric used to convert a specific unit of an activity into greenhouse gases. For example, a reporting company can translate their spend on products or services (e.g., a certain amount of EUR spent on a raw material) into carbon dioxide equivalents using an associated EFs for the spend-based calculation method. On the other hand, if a reporting company knows the specific quantities of their purchased goods or services (e.g., in kilogram, kilowatt or liter), the quantity can be translated into emissions with activity-based EFs, which is a more specific calculation than the spend-based method.

Indirect emissions refer to the GHGs released into the atmosphere as a result of the reporting company's demand for energy (scope 2) and their value chain (scope 3).

Scope 1 emissions refer to the GHG emissions directly generated by the reporting company through control or ownership, for example burning of fuel (known as combustion in the GHG Protocol) of company trucks and cars or heating of company facilities. Other sources can be fugitive emissions from refrigeration systems (intentional and unintentional releases of emissions from refrigeration systems) or GHGs directly produced in chemical processes owned by the company, e.g., steel or cement production.

Scope 2 emissions refer to the GHG emissions generated by the reporting company through their demand for electricity, steam, heating/ cooling, etc.

Usually the largest emission category, scope 3 emissions refer to GHGs released into the atmosphere by the reporting company through their business activities not already accounted for in scope 2. These emissions include purchased goods and services, business travel, employee commuting, waste disposal, use of sold products, transportation and distribution (up- and downstream), as well as through investments and leased assets/franchises.

In carbon accounting, for scope 3 calculations specifically, supplier-based data describes the source of the information underlying the calculation. Instead of spend- or activity-based data, it accounts for the amount of emissions associated with the goods and/or services of a specific supplier.

Supply chain emissions are accounted as scope 3. They refer to all GHG emissions that a company emits indirectly in the upstream collection of their supplies.

Also known as supply chain emissions, and a part of scope 3, upstream emissions refer to the GHGs released into the atmosphere during business activity of the reporting company up until they sell the product/service.

Also known as scope 3, value chain emissions refer to the GHG released in both the up- and downstream flows of business activity.

Carbon credits, also called carbon allowances, are a way to turn carbon emissions into a commodity. Credits are labeled with a price, which permits a certain amount of emissions, and can be traded between companies and governments on an open exchange.

With carbon pricing, companies must internalise the cost of emissions. There are different ways to price carbon (carbon taxation, ETS markets, carbon credits, etc.), but the overall aim is to lower emissions by shifting the responsibility onto polluters and forcing them to pay for the adverse effects of climate change.

A carbon target means that a company defines and commits to the reduction of their greenhouse gas (GHG) emissions by a specific amount in a set time frame. These targets can additionally be considered 'science-based' if they are aligned with the latest climate science to meet the goals of the Paris Agreement.

Formerly known as the Carbon Disclosure Project, the CDP is an global environmental disclosure framework that help companies measure and manage their risks and opportunities on climate change.

The new legislative standard for non-financial data in the European Union is titled Corporate Sustainability Reporting Directive (CSRD). It expands the scope of companies to nearly 50,000 and they will all be expected to report sustainability information in more detail than before, as well as be prepared for audits.

The Emissions Reduction Fund gives companies the opportunity to earn carbon credits for every ton of CO2e they store, or avoid emitting, through adopting new technologies or practices.

Emission trading systems (ETS), also called Cap-and-Trade (CAT), or allowance trading, are carbon pricing systems. They consist of two components: 1) an overall limit on permitted emissions divided into allowances, and 2) the option to trade emission allowances, or carbon credits, on an open exchange. The overall limit ensures that environmental goals are met and the tradable allowances provide additional flexibility for companies.

The EU taxonomy defines what is meant by sustainable economic activities. It provides stakeholders with a classification system so that they can align on terminology and methods of assessment.

The GHG Protocol is the backbone of most greenhouse gas accounting tools. Their reporting standards outline industry-specific requirements and provide useful guidance for emission accounting at large.

Global Reporting Initiative (GRI) works for international standards on sustainability reporting. Its guidelines include best-practices and industry-specific recommendations for companies to report on their contribution.

The international Panel of Climate Change (IPCC) is an intergovernmental body of the United Nations responsible for advancing knowledge of human-induced climate change. Founded in 1988, it is the internationally accepted authority on climate change. Although they do not publish original research, they routinely undertake large systematic reviews of relevant publish literature in the Assessment Reports (1990, 1995, 2001, 2007, 2014, 2021/2022).

Soon to be replaced by CSRD, the Non-Financial Reporting Directive (NFRD) requires that companies defined as large public interest entities (minimum of 500 employees) report on diversity, human rights, treatment of employees, environmental impact, as well as bribery and corruption.

Countries and companies that sign the Paris Agreement are legally obliged to cut their GHG emissions in half by 2030, and reach net zero by 2050. This is in line with the IPCC's trajectory to limit global warming to well-below 1.5-2°C pre-industrial levels.

The Science-Based Target initiative stems from the goals defined in the Paris Agreement of 2015. It provides the private sector with industry-specific best-practice in target setting to reduce GHG emissions, as well as independent assessment and vetting procedures.

The Sustainable Finance Disclosure Regulation is a European regulation introduced to improve transparency in the market for sustainable investment products, to prevent greenwashing and to increase transparency around sustainability claims made by financial market participants.

Sustainable Finance is the overarching term to describe investments toward sustainable technologies and businesses.

The Task Force on Climate-related Financial Disclosures (TFCD) provide a framework to appropriately price and assess the risks and opportunities related to climate change.

First presented in 2019, the European Green Deal includes a body of legislation with the purpose to make the EU climate neutral by 2050. Policy areas include clean energy, farm to fork, sustainable industry, mobility, and finance to name a few. 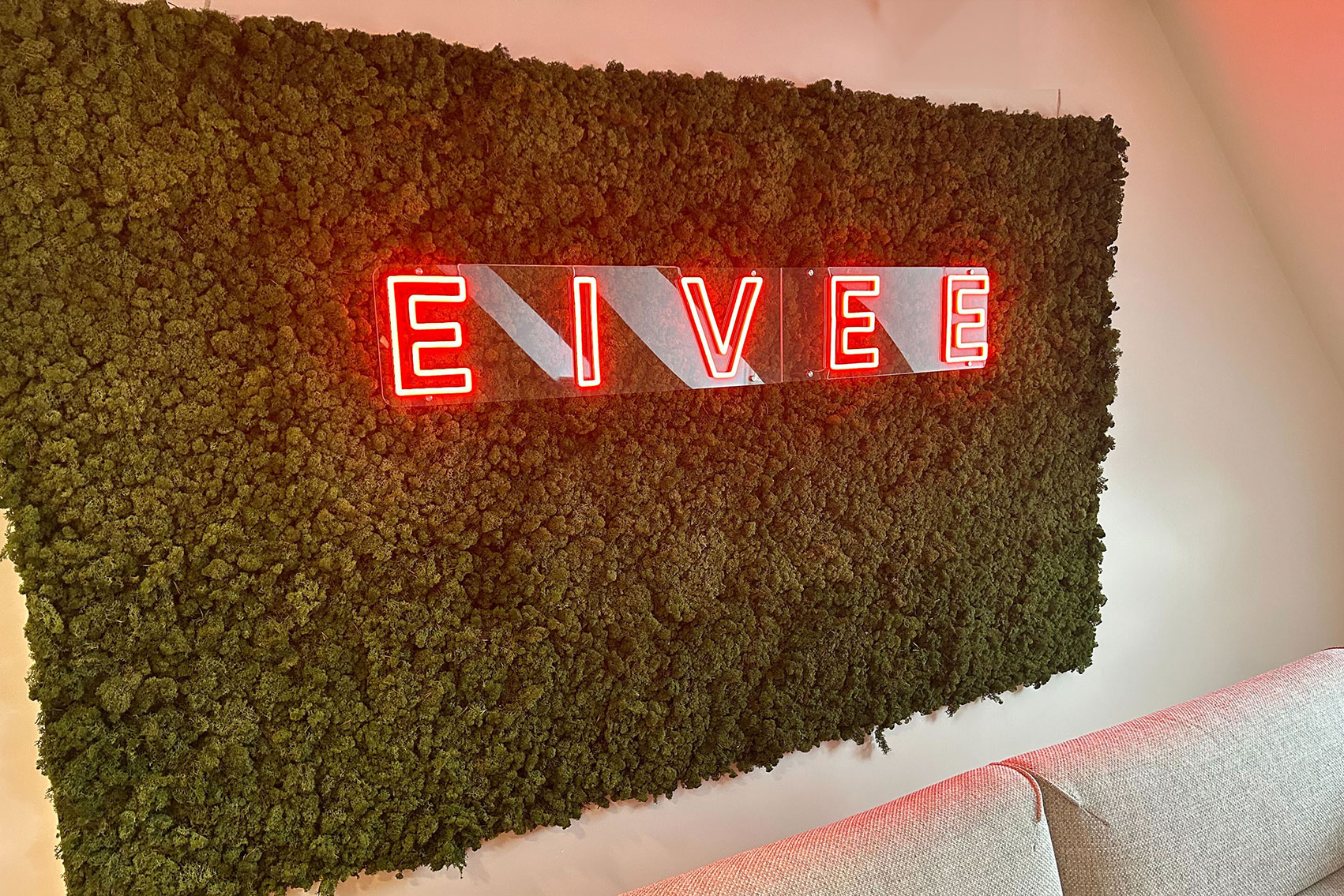 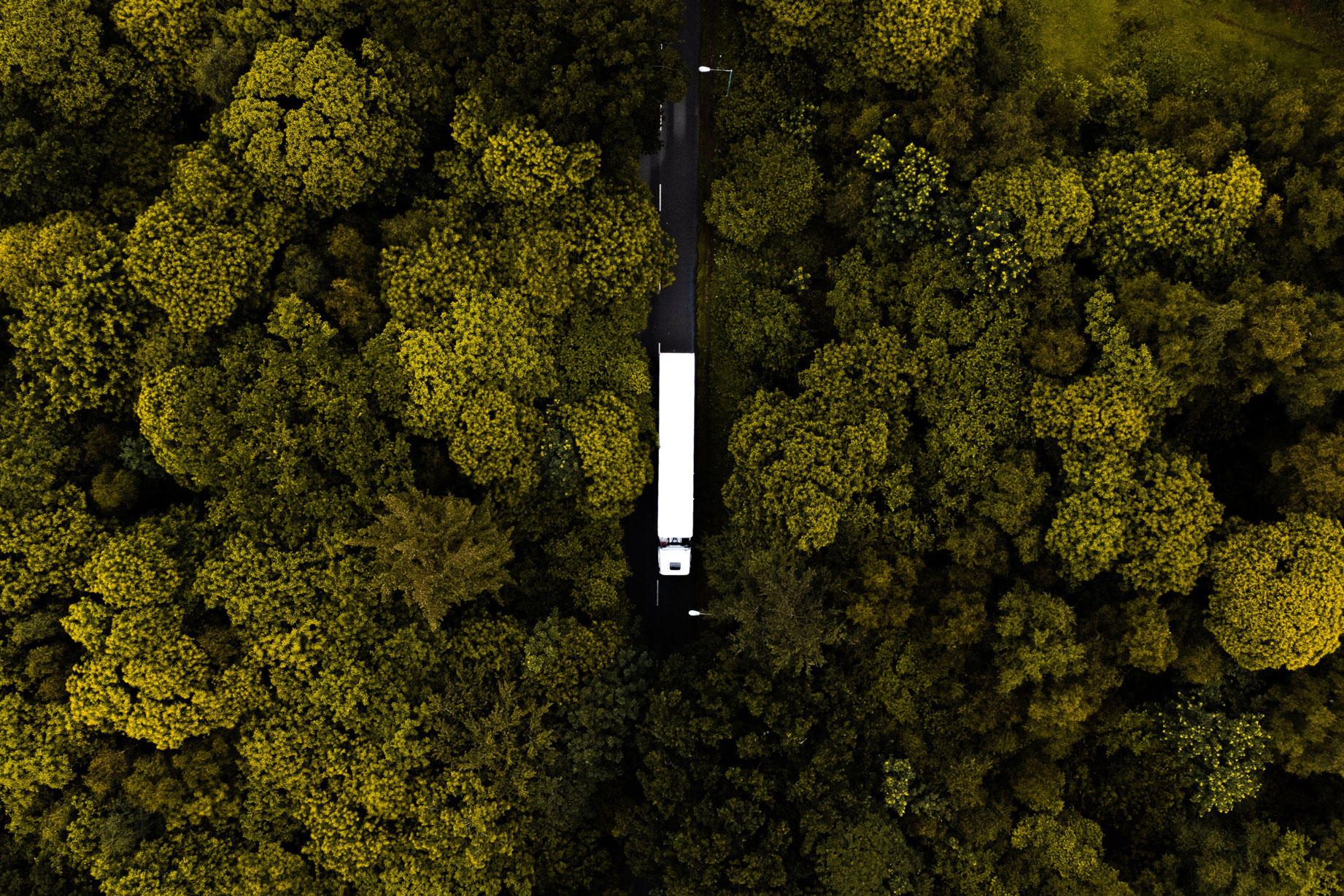 Next-Gen Supply Chains: How Technology not only matures Procurement, but also delivers increased Climate Advantages.
Technology can not only help with maturing your Supply Chain & Procurement departments, it is also crucial when it comes to Corporate Climate Action.